Yesterdays blog was how I ended up doing what I do today.  Starting from my first job in the defense industry. I wanted to continue my story by giving you a bit about what it was like when I was young.  This time I am going to talk a little bit about my early years including Elementary School

Where was I born?

I was born in South London, England and spent most of my early years living west of England.

Where did I grow up?

I grow up in England in a small town called Egham, which is west of London, most famous for being close to the meadow where the Magna Carta was signed.  You can see from the picture of me that I was into fast cars at a young age.

So what was it like growing up in suburban England? We lived on a housing estate built in the 1950’s where the Milkman still delivered the Milk.  We played in the street and walked the 5 miles to school.  This was in the sixties, perhaps still the age of innocents.  Definitely a time of fewer cars and hence playing in the street was relatively safe.

Even my mother allowed me to stir the gravy standing on my push along bus.  Suspect that it didn’t qualify for child endangerment in those days!

Our house was a three bedroom semi-detached house as they are called in the UK.  Duplex to you US folks. We still had fire places which burned coal and had coal delivered by the coal man!  We had a telephone, but it was on a party line.  Yes we had to share a phone line with another family.

What was it like growing up in the 60s? My mother stayed at home and looked after my sister and I and my father worked for Parks Davis developing drugs. Parke Davis became part of Warner Lambert.  He actually worked on the antibiotic found in Neosporin.  I guess that is the claim to fame.

My parents grow up during the great depression and the second World War.  They experienced first hand what it was liked to be bombed. My paternal Grandfather served in the first world war in the cavalry riding camels in Egypt.

My fathers parents lived on the south coast of England. Only some 60- 80 miles away but at that time it was at least half a day’s drive.  We had an Austin Cambridge which we would all get into and head to Eastbourne, half a day later we would arrive.

My Grandfather was a bit of a comedian and apparently swapped my mothers iron tablets for M&Ms.  My mother hates swallowing tablets and so went through all the pain to swallow these tablets to find out they were just M&Ms.

Going to Eastbourne was great as a kid.  It was by the sea and we got to go down on the beach.  Eastbourne has a stoney beach and is cold.  So when I say beach don’t think of Hawaii!

We didn’t see so much of my maternal Grand Father.

So what was school like?  Well the buildings date back to Victorian times. It had a pretty big playground but was located on a  busy road by 60s UK standards, although we did walk to school!

My memory of my school is very different from the Elementary school my kids went to, in Texas, except it is still

has one class per grade.  The one teacher did all the subjects.

PE was either run around the school hall o play football (soccer) outside on the playground.  The girls at breaks would either be doing mass skipping ( a long rope with as many of them jumping it as possible) or hopscotch.

I found one of my class pictures from infant school (elementary).  This was taken in the school hall and I am even still connected on Facebook to a few of my old classmates.

You will see our one teacher.  This was the standard school picture in those days.  I am sure my mother has more of these.

So what are your memories of your early years?  Are you still in contact with your classmates from Elementary school? 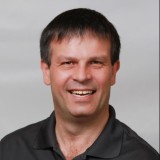 6 replies on “When I was Young”

Andy, This is great. We had a party line too. I hope your day is great!

Funny, nobody would even consider such a thing today.

Thanks for sharing that bit of personal history. I enjoyed reading about that era and your experiences in suburband England.

Thanks, since I now live in Texas it is always good to share a different perspective.

Andrew, thanks for this post. I love your writing style. Your stories and pictures are going to be very valuable one day for your future generations. One thing I’ve learned through my care giving experience with my parents is the power a legacy has in healing. Having these stories of your childhood, traditions, funny ha ha’s, like the M&M’s, is powerful. I hope you’ll consider, if you haven’t already, printing and keeping these stories in something! All the younger generations will thank you:-)

That is such a great idea to keep those stories. We get told so many stories by our parents and family and they are never committed to paper. Thank You